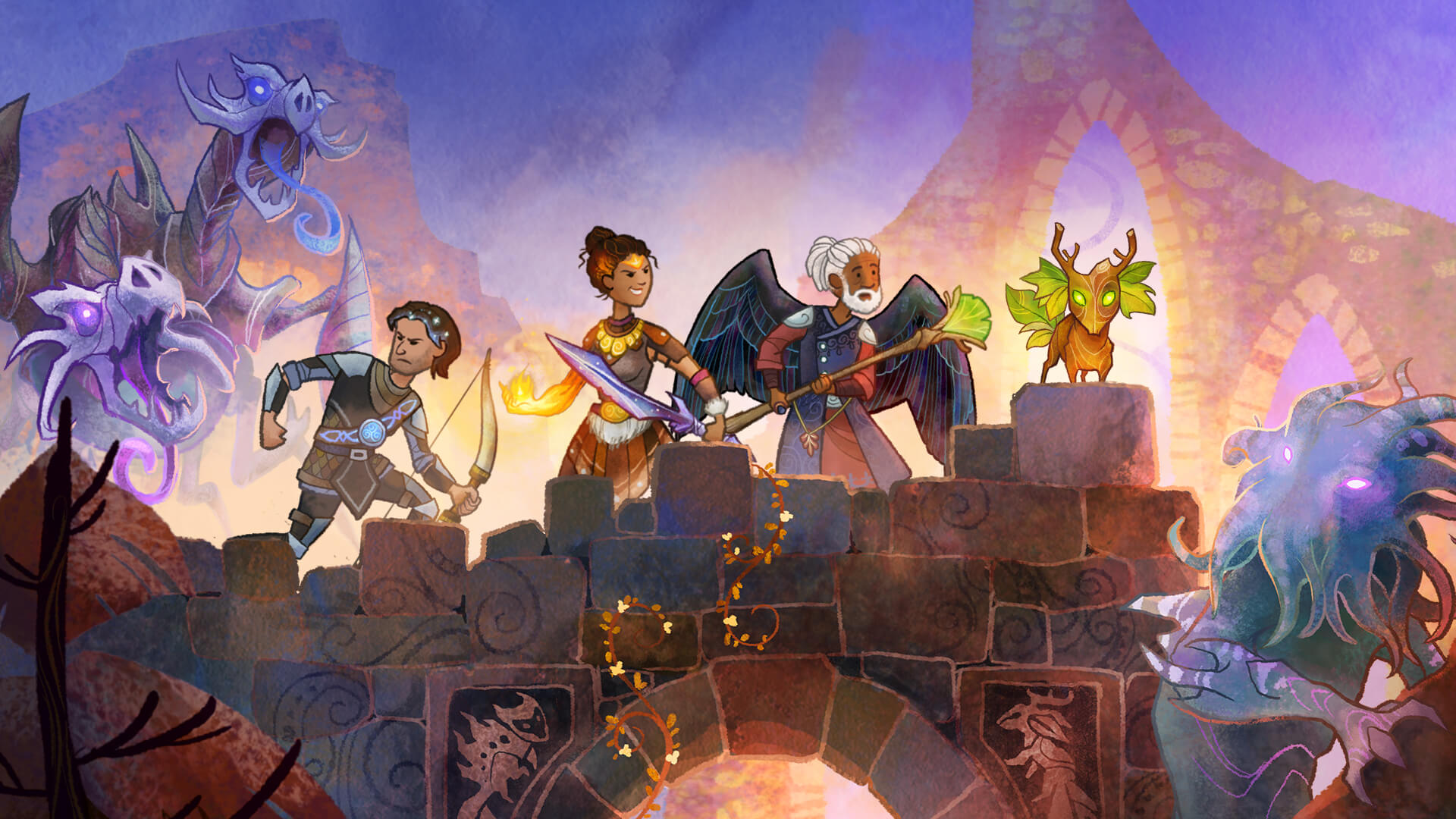 Here we are with a new episode of What to Play next. The place where you can find early access or fully released turn-based games to play, taken from my library or my endless wishlist. I hope my Top 10 gives you something to play during the weekend or the next few days. Let’s start

The first game i want to start with is Undergrave, an indie rogue-lite developed by Wired Dreams Studio. The developer who also worked on the dash ‘n slash Red Ronin. Undergrave repeats the same mechanics but with deeper implementations such as stamina management, jumping ability and the sword to throw and pick up to use it again. Nothing special about the story but a lot of fun in terms of gameplay

Hero’s Hour by Benjamin “ThingOnItsOwn” Hauer is a turn-based strategy game that recalls the mechanics of Heroes of Might and Magic while offering a real-time combat system. HOMM lovers will be at ease in managing the strategic part of the game by moving their characters around the map to conquer buildings, gain resources and find items and artifacts. When the fighting takes place, it is hilarious to see billions of pixels colliding with each other in fortresses, open battlefields, or even ships in the middle of the sea.

Hero’s Hour is definitely an indie game to try, released in 2022 with many positive reviews on Steam.

Managing a flying fortress may be the hidden dream of many, and finally, in Stones Keeper by SK Team it is finally possible to do it. In fact, in Stones Keeper, players will find themselves managing their own flying base where they can build new infrastructures and manage units, equipment, and items.

The game is a mix of 4x and turn-based battles. Resource management, factions with which to confront, points of interest to be conquered, and classic turn-based tactical battles where deploying units from different classes against an undead menace. Stones Keeper was released a few days ago with very positive reviews, definitely a game to play next.

Usually turn-based games grant you the opportunity to think about what to do, but this is not entirely true for Guild of Ascension by WhileOne Productions. A game that defines itself as a tactical-action RPG where the single player will have to control two heroes simultaneously and synchronize their moves harmoniously and strategically, all thinking as quickly as possible because the game offers players a few seconds to manage the turn, after which it will unleash the wrath of the monsters.

Guild of Ascension also offers a crafting system, a tower to climb, where each level corresponds to a more difficult battle and giant bosses.

Countryballs Heroes is a turn-based strategy game inspired by HOMM, but instead of the classic fantasy heroes, the player will find himself handling balls, which represent different nations. Bases to build and develop, tons of units to train, hex grid fights and a lot of subtle humor. Released in Nov, 2021, the game has very positive Steam reviews. Give it a try

It was one of the most beautiful surprises of 2021 and also greatly appreciated in our review. Wildermyth by Worldwalker Games LLC is an RPG story creator that offers turn-based combat and comic-style stories that will materialize before the player’s eyes based on the choices made during the course of the game.

Not only the general story but also the personal one, of each individual hero, will be formed based on the choices made and will be able to transform a character from a simple farmer into a powerful warrior or wizard or something more.. Characters will age and maybe retire only to return as a legendary hero inside another playthrough, isn’t that awesome? In short, a fantastic and deep RPG experience accompanied by delicious graphics and music and a combat system that allows you to use the environment to your advantage. Super recommended

Mechammer of Whalenought Studios is a turn-based tactical RPG set in a cyberpunk jungle colony. Players will manage parties within an open world that offers missions to accomplish, different gangs to deal with, vehicles to drive, and much more, with a single goal, escape from the colony.

During the exploration, Mechajammer offers a real-time system, while the fights are turn-based, where each move corresponds to that of the enemy. The reviews aren’t the best on Steam, but it’s definitely something a little bit different to try.

Here we are at Siralim Ultimate by Thylacine Studios. The latest title in the Siralim series that many fans will know very well. This is a monster-catching RPG that offers around 1200 monsters to collect, evolve, and fuse together. Another interesting feature is castle management, where you can unlock both functional and purely aesthetic elements.

The player will have to go through randomly-generated dungeons and fight in classical first-person turn-based battles guiding up to six creatures. Released in late 2021, Siralim Ultimate enjoys good reviews on Steam.

Until the Last Plane

Set in the Second World War, Until the Last Plane by indie Italian dev CarloC, offers a strategic title where the protagonists are precisely the planes. The player’s task is to manage an airfield in many aspects, such as checking the good condition of the warplanes, developing new parts, hiring new pilots, and choosing the next tactical missions available.

During the air clashes, players must control the warplanes by giving commands and allows their pilots to carry out evasive maneuvers, get into firing position, etc. Fatigue, stress, and level of experience are all factors to be taken into account for the airfield management. On Steam

It can recall Terror From the Deep, due to the setting. (the deep of the sea) Stirring Abyss by Sleepy Sentry & K-Project is a game that besides the setting shares also the turn-based system. Stirring Abyss hallmarks are suspense, submarine management, and a Lovecraftian mystery to unravel.

The settings and the atmosphere are from horror movies and the game manages very well to convey those feelings. The combat and exploration system is turn-based, players must pay close attention not only to the HP of each units deployed but also to their sanity which can result in permanent traits that will affect their future manageability. In addition to the main campaign, Stirring Abyss also features a rogue-lite mode where the player will simply have to get stronger and face ever greater threats.

This episode of What to play next ends here. Let me know what you think about these indie games by getting in touch with me on Twitter and on Youtube.