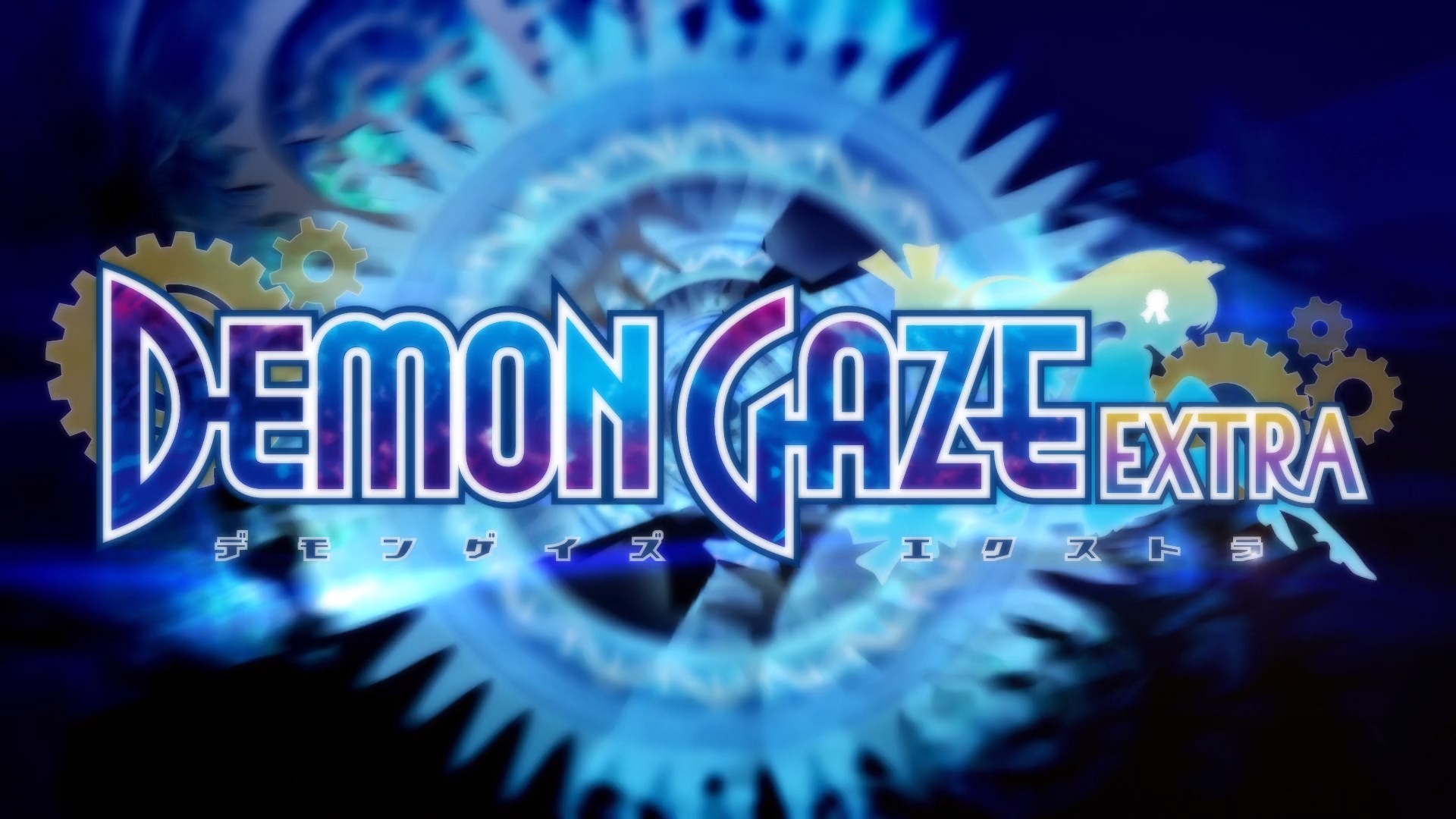 Originally released worldwide in 2013 by Kadokawa Games for the Playstation Vita, Demon Gaze was a fairly well-received dungeon RPG with anime-style graphics. An additional release in Japan in September 2021 for the Nintendo Switch and Playstation 4, Demon Gaze Extra includes upgrades like more options for character design, expanded character interactions, and graphical upgrades but the fundamentals basically remain the same. It is slated for a western release December 2021. Here I will be reviewing the Japanese release of the game.

The world of Demon Gaze Extra

The sparkle in ones eye that only bounty hunting can bring.

The player assumes the role of Oz, a Demongazer who is able to trap or contain demons with his right eye. He starts off in a dungeon in the land of Mythrid and soon runs into a bounty hunter named Lancelona and together they confront a demon named Comet. He is able to seal her with his right glowing eye. Lancelona then takes you to the Dragon Princess Inn which is coincidentally the building above the dungeon. There you will meet the proprietress Fran. Soon Oz starts sealing demons and journeying as a bounty hunter…

Although the game contains different genders from male to female and race appearances from Humans, Dwarves, Elves, Migmies, and Neyes, there are limited options when selecting the hero. Each race has its own pros and cons role wise of what is best at doing. However, the game’s story treats the hero as a MALE HUMAN as the warning message in the above screenshot indicates.

She’s a stickler with money.

This is Fran. She adventures sometimes and can be seen with a spear with Valkyrie-like armor but her main role is the proprietress of the Dragon Princess Inn. Every time you leave and come back she will hound you for 15G. The first she lets you off the hook should you say you didn’t hear about it from Lancelona, but from then on it is 15G every time you make a round-trip. New recruits you gather have to be put up in a room and require a one-time fee as well.

The cool calm bounty hunter who will teach you the ways.

Par for the dungeon RPG.

Demon Gaze Extra has all the basics of a standard dungeon RPG with battles, maps, icons, doors, etc. Here the screenshot says the door tightly shut. You can kick walls and such in this game to reveal new and/or secret areas. However, there is no kicking this door down. The top-left area gives information of demons in your party and how much summon vitality there is left.

This is your typical battle screen with icons that are written in English. They are ‘Fight, Defend, Skills, Items, Escape, and Demon (not yet in this screenshot as this is the player’s first fight with a demon). Demons summoned are limited in how long or how many times they can be called. The attack power of a Demon attack is correlated to the hero.

Battles can be sped up via choosing the high-speed battle option when attacking. Battle messages will not be shown on the screen and is good for grinding levels should you need be.

In Demon Gaze Extra, there is sometimes something called a circle icon. It is a magic circle in which you offer up a certain amount and types of gems which will summon enemies. Should you be victorious, you may or not get drops of the type of gems you offered up. Enemies in the circle tend to be stronger than the surrounding area in which the dungeon is located.

Without spoiling too much, this is just the surface of what Demon Gaze Extra has to offer. The game can be beaten in 30 hours or so with many more hours added if you want to do optional content. There is even free updated DLC to further complement the game. Demon Gaze Extra seems to have good replay value because there is so many ways to approach things with various character interactions with several dialogue options.