Geneforge 1 was released for Macs in late 2001, with a PC release a few months later in 2002. Geneforge was the second series for developer Jeff Vogel’s Spiderweb Software, after his debut Exile and Exile II were re-released as the first two games in the Avernum trilogy, starting in 2000. Exile/Avernum has a weird-enough concept – expelled from your society into an underground realm, you discover a civilization of outcasts under the earth; some of them are brewing rebellion against the Emperor on the surface who cast them down. I feel safe calling Avernum staunch fantasy.

Enter Geneforge – a meld of Western 1950’s pulp fantasy and science fiction about gene editing. It’s the perfect game for just-post-Y2K, when aesthetics, politics, and science were constantly hurting themselves on their own fleeting cutting edges. It asks you to know just enough about fantasy building blocks – swords, fireball-spitting creatures, magical power – and then throws you into a slimy vat of biotechnology, ethical questions about consciousness, and tentacle creatures that want to slurp your brain. As someone who was just discovering RPGs around the time the third Geneforge game came out, there was no way I wasn’t going to get sucked in to a world this complex, beautiful, and utterly bizarre.

In Geneforge 1, you play a Shaper: a member of a secretive society of wizards who specialize in creating creatures and living tools from vats of goop and life energy called Essence. No matter which class you pick, either a “Shaper,” a very wimpy wizard who specializes in making dragons and burly men from thin air – a “Guardian,” a knight who mostly focuses on hitting things himself, but can still create dangerous life – or an “Agent,” a kind of assassin-wizard who can hold her own in a fight but really struggles with Shaping – you are still referred to as a “Shaper.” The title of “Shaper” is more about your role in society – that is, your role of mastery over Shaped creatures. Over the course of the game, you’ll learn how to shape new creatures, cast new spells, and stab things better using the stat points you earn from leveling up. Normal CRPG stuff.

Shaping creatures is the real star in G1, as it gives you an immense amount of control over how you want to play the game by allowing you to create new party compositions the way you see fit. Shaping a creature requires a hefty investment of Essence – especially so, because the Essence used to shape creatures is removed from your Shaper’s maximum Essence as long as that creature is alive. If you keep a creation around long enough, it’ll accrue experience and level up its stats on its own without further investment of Essence, so it’s best to make a strong all-around team of critters so they can stay with you through the various combat puzzles G1 throws at you.

Eventually, though, you’ll probably want to reabsorb your initial creatures and put their Essence to use in something else – it’s the difference between having a lizard and an entire dragon.

Geneforge 1 uses a combination of real-time world exploration and turn-based combat. Turn order is determined by individual quickness stats, with the availability of Action Points (AP) used for moving and actions determined by creature type, buffs/debuffs, and encumbrance on your player character. Combat itself has some issues, mainly the fact that movement consumes AP, but the game doesn’t have a grid – this gets frustrating in the mid-game when AP economy really starts to matter, but you’ll eventually get the hang of estimating distances and playing it safe. Miss chance on status effects seems pretty high, and even when you land an effect the result isn’t always consistent. The real joy of combat comes less from excellent execution of combat maneuvers, and more the sense of pride you have for your team of weird mutant dogs you’ve been taking care of.

The world of Geneforge is, as stated before, delightfully bizarre. It’s a world where scientific laboratories are managed and overseen by chubby pig creatures sitting in bowls, awaiting their portion of nutrient slime so they can keep their massive magic-attuned brains containing centuries of experimental data intact. It’s a world where most non-percussive hand tools have been combined into disposable living tentacle beasts that are both lockpick and wrench. It’s a world where humans made really intelligent dragons, realized they had gone too far, and then had to backpedal.

The narrative text in Geneforge also has a really distinct voice – there’s something lightly playful about the narration, teasing you along as you weave along the plot threads. G1 doesn’t inundate you with exposition – it drops hints in dialogue, in scene-setting, and even in little pop-up text along the bottom of the play screen when you get near certain points of interest in an area. It prioritizes the manner of characters, the way they hold themselves – it all comes together to create a distinctly living world.

I can’t explain more about the joy of Geneforge until we talk about the plot, so here it is: After many years of arduous study and examination, you have finally been accepted as a member of the Shapers. To begin your apprenticeship, you’ll be spending five years in a research colony on a distant island, helping out senior Shapers with their work. It’s important to note here – you don’t have any access to magic powers yet.

As you set out towards your post, riding your boat-dragon, you notice an island nearby that’s been marked as “Barred” on your map, indicating that for some reason the Shapers have abandoned and condemned this island. While you’re looking at your map, a suspicious and unknown ship shoots your dragon, shipwrecking you on what you will soon come to find is named Sucia Island. Sucia is the site of many old Shaper buildings from 200 years ago – and it’s also home to several clans of Serviles, a sentient humanoid type of Shaper creation meant to labor as servants. Without Shaper masters on the island, however, they’ve formed societies and perspectives – and new ideas about whether Shapers and Serviles should be equal.

The joy of G1, for me, comes from the slowly unraveling this mystery and political thriller as your Shaper explores Sucia, delving into moldy old Shaper laboratories, modifying their genetic code with slime, and their internal moral confrontation with the different ideologies espoused by the Serviles. G1 creates a very particular kind of power-fantasy, where your character’s dialogue options always include a choice to assert yourself over the serviles who have developed in the Shaper’s absence. Within and outside the three factions – the Obeyers, the Awakened, and the Takers – you’ll find gray-area Serviles who aren’t sure what to think about Shapers, or who have more nuance to their own moral code.

G1 does an excellent job of telling three stories at once – the story of why Sucia was Barred two hundred years ago, the story of the conflict between the three factions of Serviles, and the story of why you’ve been targeted and forced to land on the island. If you really want, you can skip nearly all of the plot – you just have to make it from the southern point to the eastern point of the island, get on a boat, and leave the story behind. If you want a real ending, however, you’re going to have to get those hands in some vat goop, and make your way deep into the island, exploring every nook and cranny.

To me, G1 is challenging you to play morally good character – if you really wanted, you could just kill all the NPCs who oppose you. The story really expands the more you’re willing to fight the kill-everything fantasy, and lean more into the joy of wild discovery. Your Shaper is having their whole worldview challenged at every turn – what kind of person will they become when everything they’ve been taught by their own masters turns out to be false?

It’s been nearly 20 years since G1 was first released, and games and design philosophy have come a long way since then. The most striking hold-over from the late 90’s CRPG era is the fact that all resources in G1 are finite – even experience points. Monsters do not respawn after you’ve cleared a zone, so unless you’re very careful about not destroying Spawners (weird tentacle beasts that create volatile Shaped creatures), you can eventually run out of things to grind EXP from. Sidenote, later games in the Geneforge series got rid of EXP granted from Spawned creatures. Similarly, gold is finite, as are the items in NPC shops – Geneforge 1 is from a time before crafting systems migrated to CRPGs, and that scarcity adds to the slight horror feel of the story of G1. Between the tricky combat, the resource scarcity, and the increased number of enemy-filled bottlenecks that populate the end of the game, G1 can be pretty tough. Save-scumming is encouraged, if just to skip the death text. You’ll have to play carefully, and keep the strategy of careful retreat close at hand – baiting an enemy towards you, but being just far enough away so they run out of AP but are still in range of your Fyora firing barrage is a perfectly valid strategy when your main character has so little defense it’s like being made out of sticks.

If you want, you can make the game easier in the options – a quick scan of some forum posts suggests that difficulty adjustments in G1 just affect monster damage and to-hit chances.

Overall, Geneforge 1 absolutely holds up. It can be tricky, and there are a lot of quality of life fumbles that can make it a bit of a pain if you mostly play modern games – the fact that you can move while clicking on screen but you can’t pick up items directly, instead having to go through the “get item” button on your toolbar springs to mind. The story, the Shaping system, and the depth of the world are not to be missed, and you’ll get the hang of the outdated interface pretty quickly. I find that the complexities of the UI have only added to the mystery of the island, and I wish more modern games would use location-based text display the way the Geneforge series does. However, if you’re content to wait for a few months for an updated version, Spiderweb Software is remastering G1 thanks to their successful Kickstarter campaign, which will be available under the name Geneforge 1 – Mutagen.

Written by
KudzuControl
I've been playing turn-based and tactics games since I was a kid - and it's a real thrill to get to write about them for TBL. 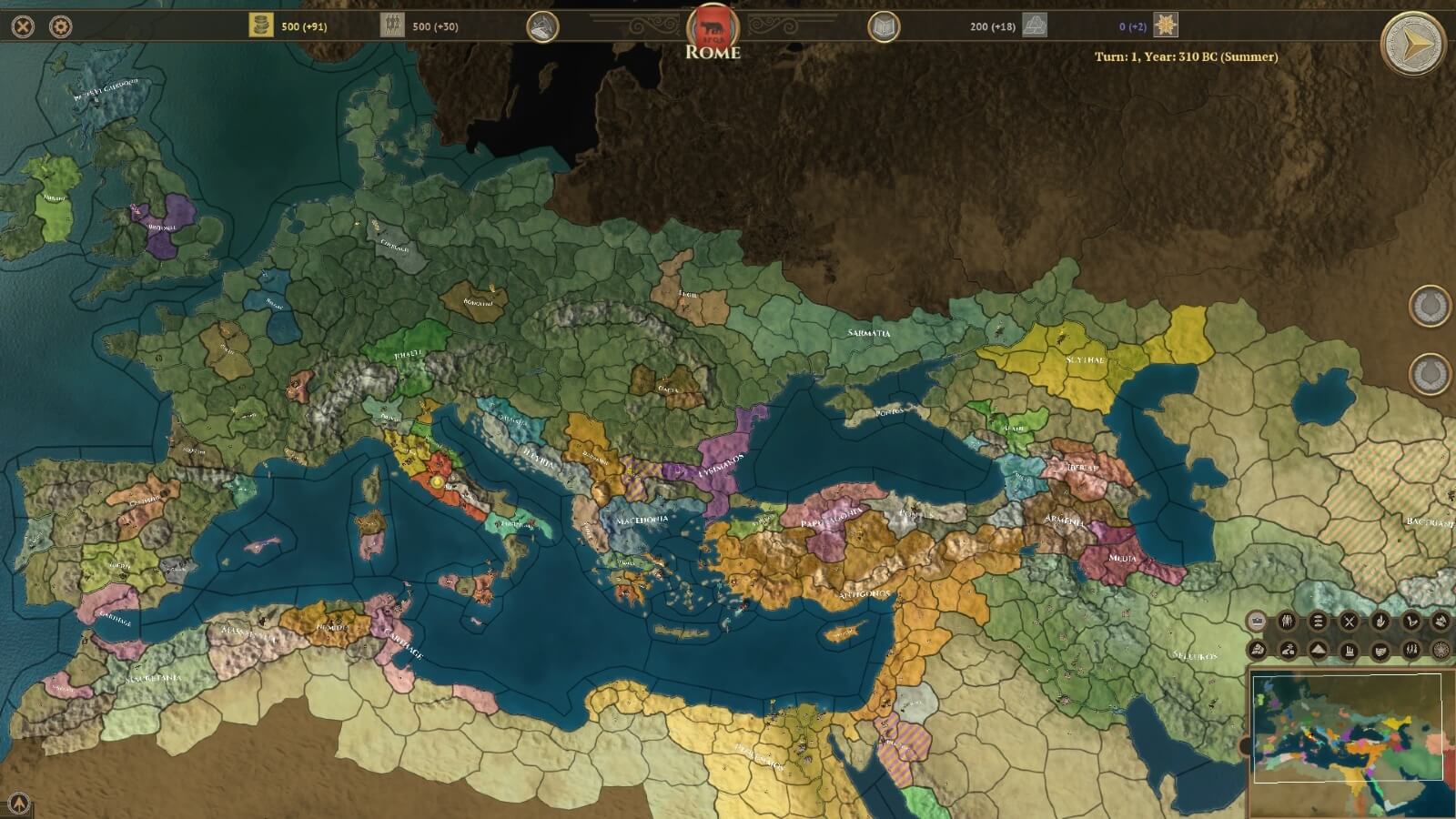 Geneforge 1 was released for Macs in late 2001, with a PC release a few months later in 2002. Geneforge was the second series for developer Jeff Vogel’s Spiderweb Software, after his debut Exile and Exile II were re-released as the first t...
0
Average User Rating
0 votes
Have Your Say!
Your Rating: 0
Submit
Write A Review