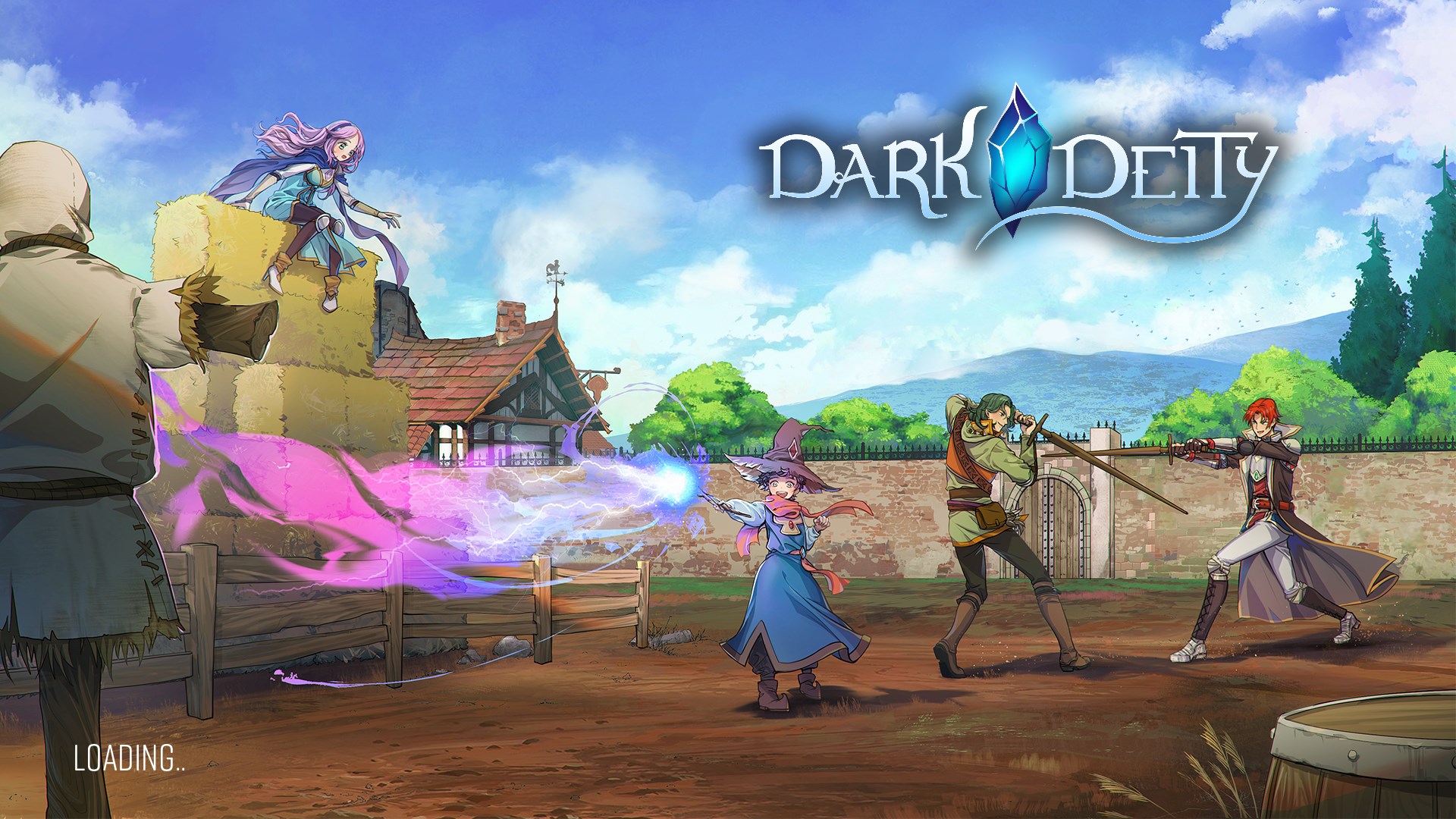 Update: The game is now available in: Spanish, French, Italian, German, Japanese, Korean, and Simplified Chinese according to their 1.5 update.

Shaped by their love of Fire Emblem-esque RPGs, developer Sword and Axe LLC together with publisher Freedom Games released their game, Dark Deity in June 2021. While originally just released in English, they released an update on October 13, 2021 localizing the game in seven languages: Spanish, French, Italian, German, Japanese, Korean, and Simplified Chinese. Keep an eye out on their steam page as well their social media for any more updates they should have.

If you have played any Fire Emblem released for the Game Boy Advance, you will feel right at home. The battlefields and animations are very similar. However, this game is not without its differences and should be viewed as a standalone rather than a clone.

Live long enough to stay the hero… because there is no permadeath.

Unlike other SRPGs like earlier Fire Emblems that do not have a casual option, this game does not have permadeath. For those unfamiliar with the term, permadeath is when a character dies in the game, they are removed from the game entirely. However, there are still consequences. One stat is permanently reduced by 10% and they are removed for the remainder of the battle. Even so, I still recommend “Hero” as a difficulty as that is what the developers’ intended difficulty is. You also can buy stat boosters at the shop in-game to offset the losses although they are quite expensive.

The history of Dark Deity.

Allow me to quote the intro to give you some backstory:

“It is said that, in the Age of Ascension, the gods walked among mortals, and mortals among the gods…That a great empire spread itself thin across the known world, conquering land after land with its superior technology and magic…That the people of Terrazael cam together in peace. Little is left from that time, swept away in a deadly cataclysm known as The Calamity. Thousands of years later, all that remains of life before The Calamity are ancient temples to the gods, and the divine artifacts contained therein.”

If you squint your eyes, Etlan kind of looks like Europe.

“It is the year 1105 in the Imperial Calendar. The Kingdom of Delia lies in the heart of Etlan, a nation that has long thrived off of continental trade and lush farmlands. Though peace had reigned for over twenty-five years, Delia’s king now sets his eyes on an enemy of his own construction. King Varic Val’Distar assumed the throne a decade ago, on the day his father, Fasil, was assassinated by unknown parties. To this day, Varic is convinced that the assassins were sent by the Aramoran royal family. To this day, it remains unproven. Following a minor border dispute that normally would reach resolution painlessly, King Varic resolved to attain his revenge.”

Not the friendliest looking chair I have ever seen.

You assume the role off Irving Sildairan. He is your hero in training at the academy readying for its yearly trials. He is accompanied by his friend, Garrick, as well as his other friends, Maren, and her brother, Alden. They soon pass the trials and graduate but there is no time to celebrate…

Congratulations on graduating… and welcome to the army.

Let’s talk about battles in the game via the screenshot above. The middle chart shows hit percentage, damage, and critical chance. The portrait of a character shows up if they do perform a critical which is double the damage. Health is indicated by viles that slowly empty upon taking damage and break upon defeat. It is very basic and easy to understand.

The bonds of warriors….to an extent.

Although there is no official romance in this game per say, bonds between certain characters can upgrade starting from grade C. Taking an action with them in three squares improves their bond. Nothing beneficiary comes about from this except the dialogue you can view in between chapters. This is more like games like Fire Emblem before Awakening sans Seisen no Keifu was released where there was no romantic shipping.

You do not buy weapons in Dark Deity and they do not have durability where they break after a certain amount of turns. Instead, you have four base weapons of power, finesse, focus, and balance respectively. They are all pretty much self-explanatory. To upgrade weapons, you require tokens which vary in tier from 1 to 4 which can be dropped, picked up, and bought from the store.

At level 10, characters are automatically promoted to a new class. This applies to new characters as well who join your team past level 10. Upon joining, you have a choice of how you want to upgrade them and it will affect their stats almost like the player leveled them up themselves from level 1. Choosing a good class is important for the middle part of the game because you won’t have another chance to change it until level 30 where the player is given the option for tier 3 classes.

At the mercy of RNG.

Dark Deity states that there is a 50% chance for an increase of at least +1 for your stats when you level up for each category in the screenshot above. No matter how good the character, if they get screwed via random number generator, then their battle prowess will take a hit. Hope for the best or reset the battle if it gets real bad.